With the Decathlon Maskoon Sho 500 the year 2018 will see a totally new price class for canyoning shoes.

This shoe is produced exclusively for Decathlon and was availiable with Decathlon Spain first. Other Europeans countries have followed and today (13. december 2017) you can order this shoe in the following countries: Netherlands, UK, Italy, Spain, Poland, Sweden, Portugal, France. Germany is to follow soon).

On first sight, the Maskoon is very close to the Adidas Hydro Pro… But the Cover of the lacing seems to be very thin and fragile. We will see wether this a pro or con for the shoe after first testings. 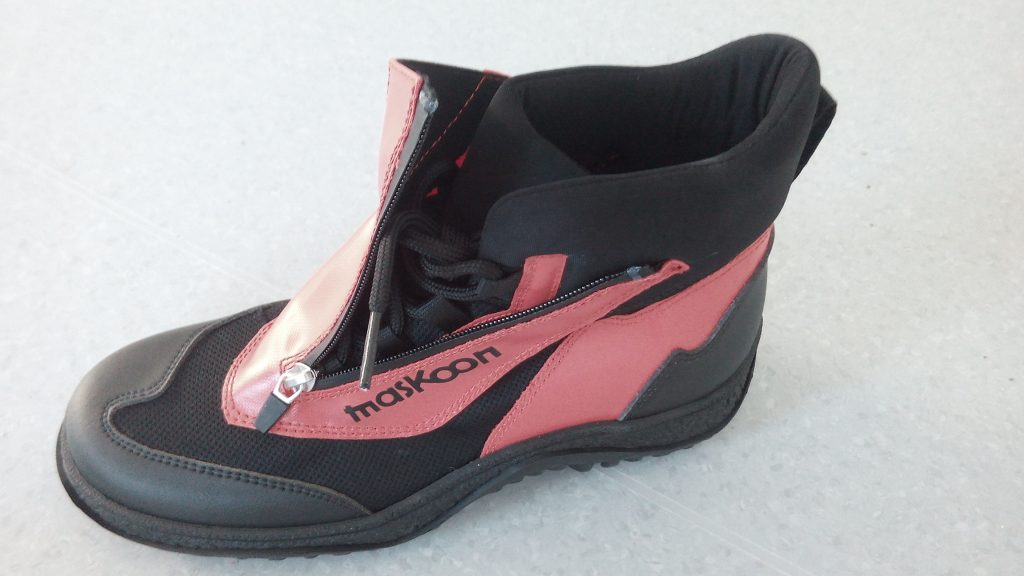 Definitely a disappointment is the sole: very rigid and hard it seems to be very cheap and slippery compared to its opponents.

If you cannot order Decathlon products in your homecountry or don’t want to wait for it, you can order here…

To me, personally, still one of the best Boots for Canyoneering that i ever wore… Because it is very slim, you will like this shoe aespecially if you tend to “swim” in other boots.

The price of 180 € for the EU and even 399,90 $ for the US has always been a problem to this shoe. But as other companies raise their prices, it’s becoming more and more of an option.

Second Problem used to be availability… Amazon offers a few sizes. Otherwise you might need to contact the Manufacturer.

Second product that can score with a very high shaft, integrated gaiters and a Wibram-Sole is the Bestard Canyon Guide.

You will find a very good review in the CanyonMag.

The Bestard is the only Canyoning Shoe produced as a version adapted to female feet – isn’t that great?

The classic, the warhorse, the state-of-the-art – won’t be produced anymore! …As we all could expect, after buying Five-Ten, Adidas is now streamlining the production and will not continue making the Canyoneer.

All other sizes are still available and can be ordered as long as in stock.

The Canvas made its appearance in 2017 and is already History again. How very nice, that there was a red shoe, too…

The sole real improvement that the Canvas brought was that sizes were now produced all the way down to UK 1 (also for the regular Canyoneer then) So if you need Canyoningboots for Kids you should absolutely stock the next sizes now, because Adidas will only produce sizes that will bring lots of money.

It used to be considered as an alternative to the Canyoneer, but it is stopped now, too. Sale has started early in 2017 and all is sold out by now.

The Hydro Pro will not be produced in 2018 anymore… Adidas is streamlining the production and maximising the profits. What else can you say?

The Hydro Lace 2018 will be signal red, otherwise there won’t be a huge difference to the model 2017. Except for the price that has been raised.  Why not after buying in and eliminating the only real competitor?

The Hydro Lace will be the best mainstream canyoning shoe in 2018 for sure. But the methods that reached this goal nearly legitimate boycot…